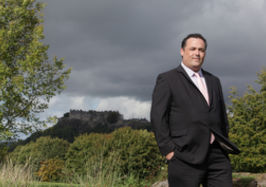 Back in 1999 when the Millennium bug was about to bite, Teed Business Continuity took its first tentative steps into the world of business continuity and disaster recovery.

A fledgling discipline, BC was only just emerging in its own right having been largely kept hidden under the wings of risk management and IT disaster recovery. Once BC had flown the nest, it took off. And here we are, 15 years on, business continuity has evolved via a British standard to no less than two international standards; in 2004 it became a requirement under the Civil Contingencies Act and is widely accepted as an essential element of corporate governance, risk management and IT disaster recovery. This year the Business Continuity Institute celebrates its own 20th anniversary.

Teed has played its own part in that process working with over 200 clients helping them to take their first steps into the world of business continuity management, guiding them through the BCM lifecycle, clocking up thousands of business impact analysis interviews along the way and creating effective BC plans which have been used in anger by clients in countless situations. Reflecting on Teed’s 15th anniversary, founding director, David Teed, said:

“Very few organisations knew what business continuity planning was when Teed started trading on 1st April 1999. I’d worked in commercial insurance and risk management for 10 years and understood the limitations of implementing risk controls and transferring risk by insurance.