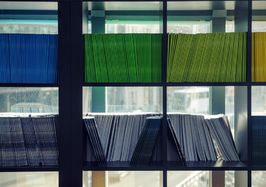 Our client is a housing association, a registered Scottish charity and registered social landlord providing care services across more than 2,000 homes in urban and rural communities.

The Association had a collection of response documents incorporating elements of business continuity which needed to be brought together into a formal business continuity management system (BCMS). The client recognised that expertise was needed to help them develop an effective system taking into account good practice and optimise the time spent internally.

It was important to be able to show trustees and stakeholders (council, government agencies, suppliers of care services and customers) through validation of business continuity preparedness, that the organisation can manage risks effectively.

Teed was engaged by the Association to bring expertise and previous experience gained from similar projects to help them meet the brief.

Teed’s consultant facilitated a planning and strategy workshop for relevant business and service areas to define priority activities and consider what solutions, strategies and contingencies would be required in the event of the loss of the head office premises, site or other resource loss. Other scenarios were considered including the client’s joint responsibility with the council for vulnerable people which would require an increased level of responsibility and plans to be ready to respond.

The workshops proved an excellent forum for obtaining the information needed to produce an overarching business continuity plan, linked in with relevant documents.

An exercise was designed and facilitated by Teed’s consultant to enable the response team to use the business continuity plan to manage a range of different scenarios. The exercise validated the plan and strategies as well as identifying areas for improvement. Pre-incident actions were logged to be taken forward which will increase resilience and reduce the consequential impacts of incidents.

The client was pleased that the brief had been fulfilled with the provision of a clear, concise business continuity plan and raising BCM awareness enabled staff to have a greater level of confidence in being able to deal with whatever might befall them. The response team members tackled some extremely challenging scenarios impacting the head office, IT and residential care facilities. The plans proved effective in maintaining continuity of critical activities and provided evidence to stakeholders that the organisation is well prepared.

Coincidentally, the “Beast from the East” arrived not long after the exercise, but as a more extreme scenario had already been tackled, everyone knew what to do to protect the welfare of staff and tenants.

An interesting point of note was that the scenario in question featured severe weather arriving from an easterly direction which was considered unusual in the region - until it happened. This is a good example of why it is best to “go with” the scenario during an exercise rather than worrying about its credibility. The business continuity discipline is based on the premise that the worst can happen however low the likelihood. Exercising is a good opportunity to explore the “worse than worst case” scenarios.

Client testimonial – “The exercise was useful & interesting with good participation and was well facilitated.”

Teed gave the client what was needed to give them confidence to move business continuity forward internally.